Riot Unfolds Outside of Professor’s Office Over Quiz 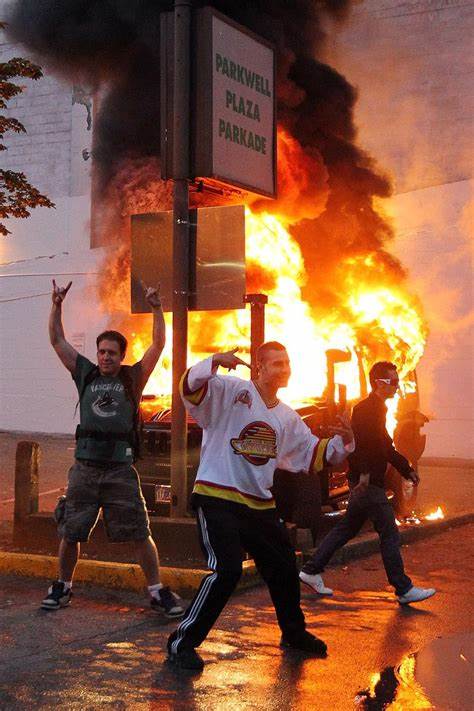 Lander, WY- Law enforcement authorities were called in to assist Wyoming Catholic College professor Dr. Grove as a riot erupted outside his office last week. Although motives were mixed, the main underlying cause seemed to be the professor’s invitation to ask questions about a recently returned Philosophy 102 quiz.
“Ask questions about the quiz? C’mon, that’s basically giving the green light for a mob,” said Addison Carter, whose comment elicited cheers from fellow protestors. IIT managed to interview Thomas Ondrusek, one of the ringleaders, about the quiz itself. “Yeah, I hated that quiz. With results like that, how did he expect us not to fight back? Students were in tears as he handed them to us in class. Even with the curve, I only got, like, an A-.” In all, about twenty students showed up to protest. I would describe the level of enthusiasm as high, especially after Ondrusek’s rousing speech in favor of justice which, interestingly, failed to define justice at all. One student’s description of the morale was particularly telling: “A riot? Great! I’ll bring my torch and pitchfork!”
Dr. Grove himself suffered no injuries, but, upon seeing the torch-and-pitchfork-toting crowd, immediately called the police, who effectively dispersed the students without the need for force. The Student Life Office press secretary released a statement expressing disappointment with the students’ behavior but, “seeing as there were no damages to person, student, or, most importantly, property, the Student Life Office will not be investigating the matter any further.” The professor himself declined to comment.
In other news, any students in possession of torches and/or pitchforks are hereby asked to check them in with their prefects.